How to Develop a Realistic Performance Test of Your IoT Platform 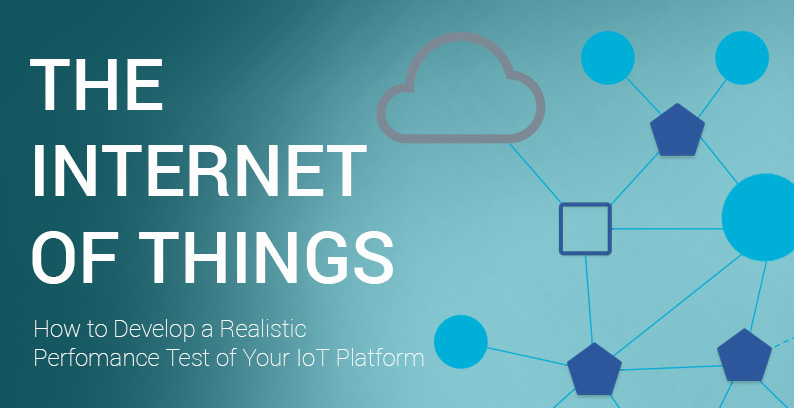 An explosion of connected smart devices

We all know the Internet of Things (IoT) is happening, and fast.  Walk through any department store, home improvement center, or electronics store—or browse Amazon.com—and you will see an unending variety of connected smart devices.  In fact, the number of IoT devices increased 31% reaching 8.4 billion in 2017. It is estimated that there will be 30 billion devices by 2020!

IoT devices depend on fast, reliable, and continuous communication to function properly, so the network used to connect devices is crucial. Issues with network infrastructure, such as limited bandwidth, unreliable network hardware, or excessive latency can have a significant impact on device performance. IoT developers will need to understand how each of these conditions could affect performance of their IoT products to ensure that they respond correctly without losing data.

For instance, an iPhone that displays a 3G connection might achieve any speed as slow as 384 Kbps or as fast as 14.4 Mbps depending on the environment, service provider, and other network traffic. This variance in speed could cause users to experience poor connectivity to their IoT device. Other network conditions such as latency and packet loss will also significantly affect the performance of applications that are accessed using a mobile device.
This is why you need to consider network constraints the primary risk factor and measure the impact of your application under various network conditions.

As far as the IoT is concerned, testing is a must.

IoT testing in a perfect lab environment is inadequate compared to testing under the same conditions into which they will be deployed.
Several factors can impact the stability of IoT platforms, such as the number of users, sensor connectivity to the platform, and especially the reliability of an end user’s internet connection.
As an example, you must predict how the IoT platform will handle a bad 3G network versus a good one. You will also want to know what happens if there is a connectivity issue during a strategic action: user interacting with the mobile application, sensors sending sensitive data to the IoT platform.
And It’s not just mobile networks – WANs, Satellite, Wi-Fi and other network types can all vary in performance and therefore affect the application’s user experience.

Building a network with all these different conditions is rarely practical and often expensive, so many teams use network emulators to mimic different network conditions and responses.  Load testing platforms from companies like Neotys combined with network emulators allow IoT projects to simulate virtual gateways, create unique customer workloads, and emulate networks at scale to guarantee IoT customer pilot success.

Network emulation appliances are the most accurate, scalable, and cost-effective way to test IoT platforms and devices before deployment to real world networks.   This allows IoT developers to understand behaviors of their IoT devices under multiple network conditions as well as mixed network environments.   Failing to properly test IoT products in emulated conditions can be costly in resources and “on the fly” fixes. With network emulators, IoT system test teams can approximate the end user experience from development through quality assurance to offer a fast path to IoT proof of concept deployments.

Apposite Technologies is a market leader in network emulation for the pre-production testing of applications over wide area networks. To learn more about performance testing IoT platforms and devices reach out to us at info@apposite-tech.com.